Recent media releases from the Benton County Sheriff's Office are listed below. To read past media releases, go to the "Supporting Documents" section of this web page.

Under Oregon Health Authority's Phase 1a as first responders, BCSO Deputies are receiving their first round of the Moderna COVID-19 vaccine this week. The second and final dose will be given next month.

Benton County remains at the Extreme Risk Level for COVID-19. We encourage you to seek local information at https://www.co.benton.or.us/covid19.

Deputies received surveillance video from a neighbor of one of the victims on Willamette Avenue, which showed a late-90’s white 2-wheel drive Toyota pickup taking one of the bikes at approximately 5:30 am on the morning of December 9. The vehicle appeared to be occupied by at least two individuals.

On Thursday, December 10, 2020, deputies learned about a vehicle matching the description, which was recently stopped for a traffic violation by BCSO. The vehicle was a primer-white 1999 Toyota 2-wheel drive Tacoma. The occupants of the pickup were Summer Charlayne Wilson, 26, and Jedidiah Lee Tate, 39, both from Albany. Deputies ended up locating the vehicle later that morning, parked at 1st Street and Tyler Avenue in Corvallis.

When questioned, Wilson and Tate admitted to taking the bicycles. Tate described where all the bikes ended up. The bikes were recovered by BCSO Deputies at locations in Corvallis and Albany and later returned to their owners. One bicycle, a Santa Cruz mountain bike, was located – stripped down to the frame – in a trailer at the Pioneer Park Campground in Corvallis. Eron Zackary Couch, 29, of Alabama, was contacted at the trailer and found to be in possession of a stolen handgun and credit card.

Unfortunately, this is not the end of the crime spree. On Friday, December 11, 2020, deputies handled two more burglaries in progress in the North Albany area. Both involved the same vehicle associated with two males and a female. Deputies were able to identify the vehicle as being the same white Toyota Tacoma, but have no positive ID on the suspects at this time.

BCSO asks you to report any suspicious activity of this white, 2-wheel drive, 1999 Toyota Tacoma. And would also like to remind you to record serial numbers for your bicycles, lock your garages and all outbuildings, leave an outside light on after dark, and consider installing video surveillance to detour burglars. 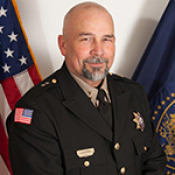 Benton County Sheriff Scott Jackson has announced that he will retire on February 1, 2021.
The Benton County Board of Commissioners unanimously appointed Sheriff Jackson to fulfill retiring Sheriff Simpson's term of office in 2013. He was sworn-in as Sheriff on July 1, 2013. Since that time, the voters of Benton County have twice elected Jackson as Sheriff, once in 2014 and again in 2018.

Under the terms of the Benton County Charter, it falls to the Board of Commissioners to appoint someone for the position through the end of the position’s term if the vacancy occurs with less than half of the term remaining. The current term ends in January 2023. The Board is examining the next steps for this process, which will include publishing a notice of the position’s vacancy, beginning a recruitment process, and creating an opportunity for input from community members on the position.

Jackson started his career at the Benton County Sheriff’s Office in 1995 as a part-time on-call Corrections Deputy. Within a few months, he was hired full-time where he has served the Benton County community since. He holds dual certifications in corrections and police through the Oregon Department of Public Safety Standards and Training (DPSST) and has held multiple positions within the Sheriff's Office including Deputy, Corporal, Sergeant, Training/Policy Sergeant, Lieutenant (Jail Commander), and in 2008 was promoted to Undersheriff where he oversaw the day-to-day operations of the Sheriff's Office.

A military veteran, Sheriff Jackson joined the U.S. Army in 1983 where he served as a member of the prestigious 11th Armored Cavalry Regiment “Blackhorse.” After leaving active duty in 1991, Sheriff Jackson continued to serve through the Army Reserve and Oregon National Guard before retiring in 2008.

In his time as Sheriff, Jackson has embodied a commitment to both protect and serve the community of Benton County. His commitment to service has taken shape in many forms through his attention and dedication to community engagement. The Benton County Sheriff’s Office hosts wide-ranging community engagement endeavors with a core focus on building community trust and promoting a safer, more resilient community. As Sheriff, Jackson has participated closely in, or sponsored the following events:

In his retirement announcement to staff, Sheriff Jackson expressed his honor at leading a team of “such incredibly talented and dedicated individuals.” He went on to say, “I know we have highly capable and skilled individuals in the office that will continue to move the office forward as the true premier agency.” 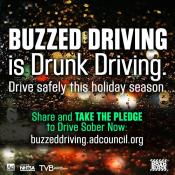 The Benton County Sheriff’s Office worked extra patrols throughout the month of November 2020. During regular patrols and extra patrols (funded by grants) in November 2020, the sheriff’s office had the following activity levels measured in citations and arrests. The Benton County Sheriff’s Office arrested 11 for DUII (Alcohol, drug, and/or inhalant), issued citations or arrested 44 for Driving While Suspended, issued 67 citations for speeding and 85 other citations for various violations. Deputies responded to 16 traffic crashes with 5 involving injuries.

Remember to wear your safety belt properly, stay off your cell phone while driving, and drive within the speed limit. Our deputies can attest from crashes they have investigated, and national studies that those things can help reduce the amount of crashes, and limit the injuries sustained in crashes on our roadways.

Benton County Sheriff’s Office deputies will be working extra patrols through grant funding in December and January 2020. Deputies will be specifically targeting those who choose to drink and drive between December 16, 2020 and January 2, 2021. Enjoy the upcoming holidays, and please drive safely. 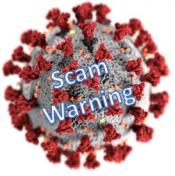 Through September of this year, there have been more than 200,000 complaints to the US Federal Trade Commission on scams related to COVID-19.

Learn how to tell the difference between a real contact tracer and a scammer. Legitimate tracers need health information, not money or personal financial information.

Don’t respond to texts, emails or calls about checks from the government.

Ignore offers for vaccinations and miracle treatments or cures. Scammers are selling products to treat or prevent COVID-19 without proof that they work.

Be wary of ads for test kits. Most test kits being advertised have not been approved by the FDA, and aren’t necessarily accurate.

Hang up on robocalls. Scammers are using illegal robocalls to pitch everything from low-priced health insurance to work-at-home schemes.

Watch for emails claiming to be from the CDC or WHO. Use sites like coronavirus.gov and usa.gov/coronavirus to get the latest information. And don’t click on links from sources you don’t know.

Do your homework when it comes to donations. Never donate in cash, by gift card, or by wiring money.

For more information on how to avoid COVID scams, go to https://www.ftc.gov/coronavirus/scams-consumer-advice.