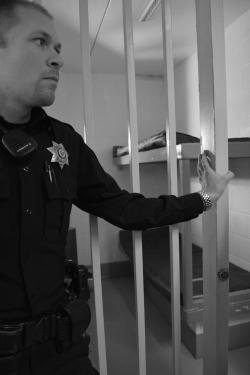 In order to manage capacity at the Benton County Jail, we sometimes have to release inmates early to make room for incoming arrestees.

Why is early release necessary?

The Benton County Jail adheres to a strict classification policy to ensure the safety of both staff and inmates. Classification determines an inmate’s security level and dictates their housing assignment. When all the beds with the appropriate security levels are full, the Jail can no longer accept new arrestees for lodging.  That’s why, although the Jail has 40 beds, we are often at capacity with anywhere from 28–34 inmates.

How do you determine which inmates to release?

To ensure a fair and equitable process, Forced Releases are conducted according to policy using a matrix score.  The Matrix Score System was developed to objectively determine risk to the community.

When individuals are booked into the Benton County Jail they are assessed and given a matrix score.  This score looks at factors such as the individual’s past criminal history, their current charges, whether or not they are employed, whether they are under parole or probation supervision, and others.

If released early, do inmates return to finish their sentence?

No. Inmates may be released early if they are pretrial or sentenced. If a sentenced inmate is Force Released, they are released “sentenced served.” That means they do not return to serve the remainder of their sentence.

How many inmates are released early each year?

It varies from year to year but averages about 60 per year. The pdf files in "Supporting Documents" below show which inmates were released early and whether they were cited and released, matrix released, or force released.

We also maintain statistics for a "Virtual Jail." This is a statistical system used to track the number of individuals who normally should be held in the Benton County Jail but were released due to a lack of space. Read more about the Virtual Jail Statistics.